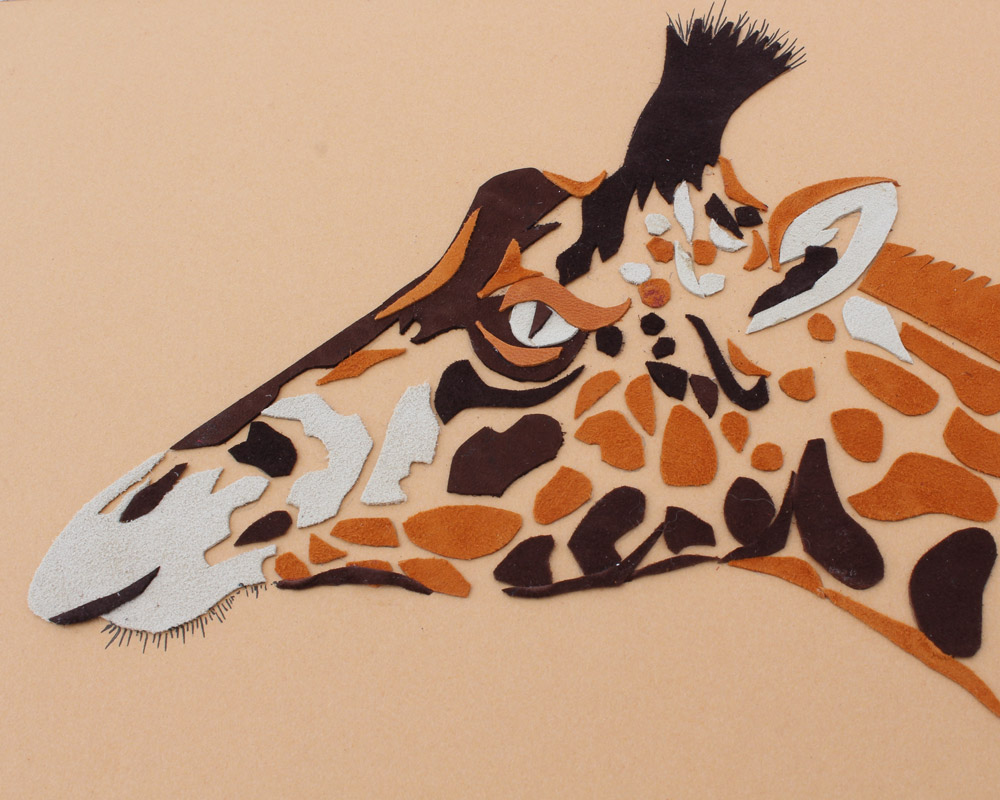 The Story of Glenda’s Leather Art

Glenda Meinert produces original wildlife and figurative art on high-quality, hand-selected leather. Every piece is different and due to the nature of leather, requires careful planning in composition, layout, design and selection. She draws inspiration from African, Namibian wildlife and landscapes.

Glenda started her working career as a designer and patternmaker at Nakara, Namibia’s largest tannery and producer of leather products, where she designed national costumes for Miss Namibia.

In her spare time, she experimented with leather offcuts, produced greeting cards and small landscapes which were presented to friends. Encouraging positive responses induced Glenda to experiment with leather on larger landscapes and finally led to the creation of wildlife art. Her first exhibition in 1998 was a great success.

In June 2010, Glenda opened Glenda’s Leather and Art Curio Boutique in the Namibia Craft Centre, thereby realising a dream to have her own art shop. Her leather has a tactile appeal and durability which invites customers to interact directly with the artwork through touch.

Like most good things in Namibia, the Anin project grew from humble beginnings. As the very creative, hip, city girl wife of a successful Swakara Farmer, Heidi von Hase was thrown into the deep end of a new reality with the man she loves. Activities such as milking the cow, processing meat and growing vegetables for the table were a step away from the supermarket and other city comforts. The Family was expanding with 4 girls in their toddler and early school years.  Heidi’s creativity however was not about to fade.

Her heart for people was set ablaze when experiencing the struggle and poverty of people who were living in tough conditions in the neighbouring village. Heidi was able to recognize and appreciate the impoverished women’s talent for embroidery, a skill learned from the missionary women in the early 1900’s and passed down for generations. In seeking shelter from the blazing Namibian sun, the first embroiderers meetings took place in the shade of a camel thorn tree. This was where Heidi von Hase established Anin Embroidery in 1987.

Products from this Vendor